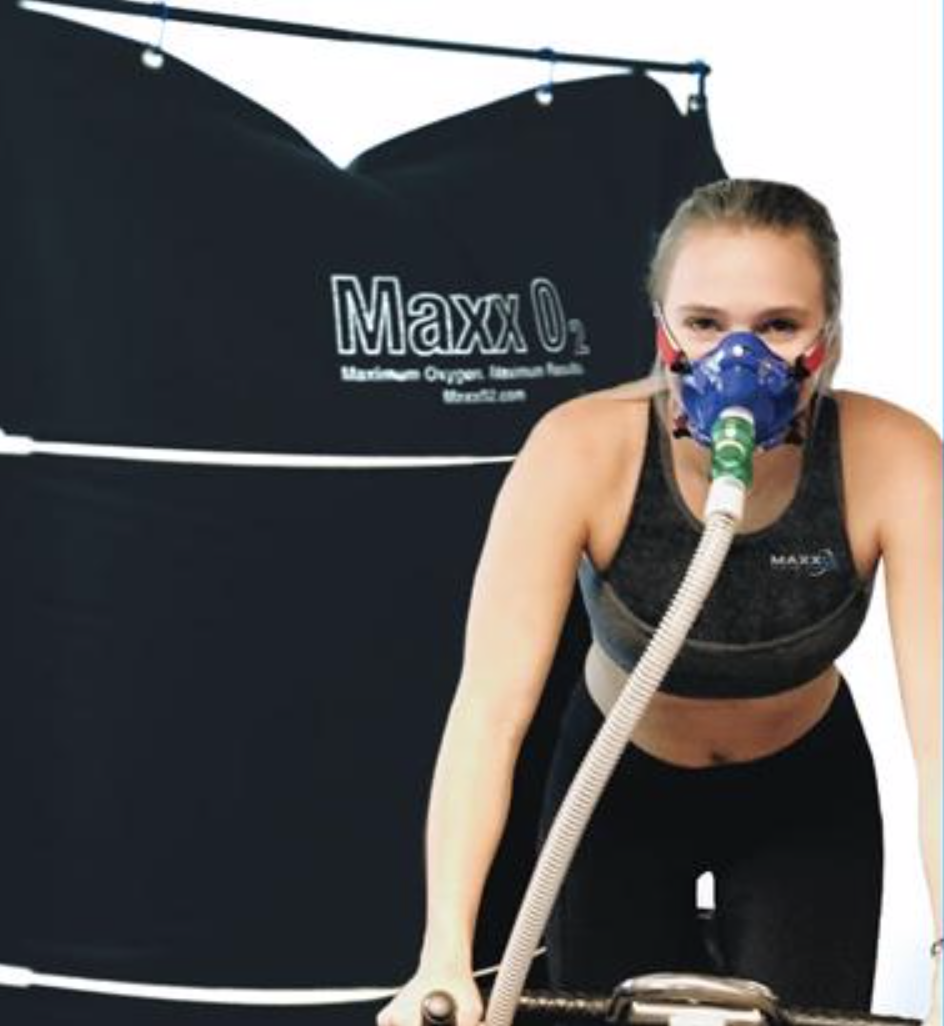 Within the past several years, scientists have found that oxygen (O2) in the atmosphere has been dropping, and at higher rates than just the amount that goes into the increase of CO2 from burning fossil fuels, some 2 to 4-times as much, and accelerating since 2002-2003. Simultaneously, oxygen levels in the world’s oceans have also been falling.

Oxygen therapies are becoming more important than ever before. Ambulance crews have often regarded oxygen as something approaching a wonder drug. Oxygen has always been a lifesaving drug and now doctors and patients can do much more lifesaving because they will be able to give much more oxygen in a safe way. It needs to be noted that oxygen can be toxic[i] and not always safe,[ii] yet always necessary.

However, Oxygen has zero toxicity in the face of unlimited carbon dioxide. The body has the exquisite capacity to balance these gases and this is why exercise is so healthy—it produces more carbon dioxide and thus more oxygen is delivered to the cells. EWOT is a simple way of injecting enormous amounts of oxygen into the cells safely because while we are exercising we are producing massive amounts of carbon dioxide.

Exercising with oxygen is a technique that can offer much higher therapeutic results than expensive, inconvenient hyperbaric chambers do. EWOT involves breathing high levels of oxygen while exercising. The higher oxygen level in the lungs creates a greater head of pressure to drive oxygen into the pulmonary capillaries. The exercise moves the circulation faster, ensuring a greater oxygen carriage. Initially, the oxygen pressure in the veins rises, as more oxygen is getting through to the venous side, but it is this oxygen that allows the capillaries to repair their oxygen transfer mechanism.

Dr. Paul Harch’s book, The Oxygen Revolution, details firsthand accounts of the healing and restorative effects of hyperbaric oxygen therapy (HBOT). And for those who cannot exercise, HBOT is an effective therapy. Getting more oxygen is almost always a good idea, but oxygen is not always safe unless it is accompanied by higher levels of CO2, which EWOT provides and HBOT does not.

EWOT does everything that HBOT does and more. HBOT does not reach the threshold of oxygen where a broad, deep and quick anti-inflammatory effect occurs. One must do 20-30 hours of HBOT to achieve the same result of a 15-minute session of EWOT done the modern way (using a reservoir bag to hold large amounts of oxygen instead of breathing right out of an oxygen concentrator).

With EWOT, oxygen will rush into the cells bringing the energy and the physiological processes necessary to heal. It used to be called Oxygen Multi Step Therapy, which was more equivalent with HBOT. Oxygen is all around us, but hardly anyone gets enough. It is a paradox that few understand, but is the reason that sodium bicarbonate is such a wonderful medicine. It gives one instant access to more oxygen because the bicarbonates/CO2 dilate the blood vessels and improve the oxygen association curve (more O2 jumps on and off red blood cells) ensuring more oxygen gets delivered. Another way to increase oxygenation to each and every cell is to charge them! Once charged, they all separate from their clumping state. This is done with PEMF machines such as the BEMER.

Developed in the late 1960s by Professor von Ardenne, (a student of Dr. Otto Warburg, best known for his pioneering research on the connection between lack of oxygen and cancer), Oxygen Multistep Therapy combines oxygen therapy, drugs that facilitate intracellular oxygen turnover, and physical exercise adapted to individual performance levels. This unique therapy has diversified into more than 20 different treatment variants and is now practiced in several hundred settings throughout Europe. Ardenne put his finger on how inflammation interferes with oxygen transfer to cells.

“It is believed that cancer is caused by an accumulation of mutations in cells of the body,” says Dr. Carlo M. Croce, professor and chair of molecular virology, immunology and medical genetics. “Our study suggests that miR-155, which is associated with inflammation, increases the mutation rate and might be a key player in inflammation-induced cancers generally.” This and many other studies show how inflammation can help cause cancer. Chronic inflammation due to infection or to conditions such as chronic inflammatory bowel disease is associated with up to 25% of all cancers.

Low oxygenation can accelerate malignant progression and metastasis, thereby creating a poorer prognosis irrespective of which cancer treatment is used. We already know that Apoptosis of T-leukemia and B-myeloma cancer cells can be induced by hyperbaric oxygen.[iii] If oxygen content in a cell is reduced by 35% of its normal requirement, then that particular cell will eventually turn cancerous.

On Professor von Ardenne’s site they say that, “This switching mechanism is interpreted as a re-enlargement of the capillary narrowed by oxygen deficiency (old age, disease, distress). The re-enlargement appears after increased oxygen uptake of the blood and improved oxygen utilization of human tissue over a certain time period.”

Resolved inflammation restores the blood supply to tissue – and allows the tissue to return to normal aerobic metabolism. Professor Ardenne showed that stress triggers persistent inflammation,which locks an escalating percentage of the body, and muscles into anaerobic metabolism – especially with advancing age.[iv]

Performing EWOT with the Maxx O2 system specifically targets capillary inflammation with bursts of plasma dissolved oxygen at five times the level that were possible under the original design of Dr. von Ardenne. Modern EWOT takes oxygen therapies to a new level with the simple invention of an oxygen reservoir bag that stores up the oxygen before you do your 15 minutes of training.

Typically, the oxygen multi-step therapy used to consist of an 18-day, 36-hour program. Hyperbaric treatments follow similar patterns, but with Maxx O2 that amount of time is brought down to only 15 minutes a day. In fifteen minutes one can blow the cells doors open allowing them to detoxify as they gulp down high levels of oxygen.

Microbes and cancer cells cannot live in high oxygen concentrations. Therefore, what happens to these anaerobic viruses and bacteria and cancer cells is they get wiped out like Custer at his last stand.

Numerous studies have shown that tumor hypoxia, in which portions of the tumor have significantly low oxygen concentrations, is linked with more aggressive tumor behavior and poorer prognosis.[v] Rather than succumbing to hypoxic conditions, the lack of oxygen commonly creates cancer cells and tumors.

Starved of oxygen the body will become ill, and if this persists we die. The more oxygen we have in our system, the more energy we produce meaning the healthier we are. Oxygen is the source of life to all cells and medicine that focuses on providing high levels of oxygen to the capillary beds is extremely effective therapeutically.

With EWOT anyone who can exercise can ignite or create a ramjet where oxygen is injected into the cells with intensity that blasts open the doors of the cell walls allowing oxygen in and poisons out.

Maxx O2  employs a simple improvement over both hyperbaric chambers and Oxygen Multi Step Therapy that insures the maximum amount of oxygen gets to where it is needed the most—to damaged and inflamed tissues and to those cells who have lost control of themselves—BAD cells—so they are annihilated with oxygen.

Maxx O2 is simply the best EWOT system out there. The new mask makes breathing in massive amounts of oxygen easier. The Maxx O2 system offers not only the highest quality, HEPA filtered oxygen reservoir, but also a patented rib cage that puts pressure on the bag to force the air out and into the mask for a remarkable increase in oxygen flow and ease of use. Also the reservoir bag does not leak like a sieve.

In the never-ending fight against cancer as well as the aging process, we have found a therapy that gives us the edge. In fifteen minutes one can open the cells allowing them to detoxify as they gulp down higher levels of oxygen.

One of the most potent cancer-fighting weapons is exercise. Several studies have shown that physical activity is linked with decreased risk of some cancers, particularly breast and colon cancer. People who followed healthy lifestyle habits, including exercising for more than 30 minutes daily, lowered their risk of colorectal cancer, according to a study published online in October in the British Medical Journal.

Women who had a family history of breast cancer reduced their risk by one-fourth by doing 20 minutes of moderate or vigorous physical activity at least five times a week, along with maintaining a healthy lifestyle in other ways, according to a study published in October in the journal Breast Cancer Research.

A study of 45 peer-reviewed articles published from January 1950 to August 2011 shows that exercisers are less likely to die of their cancers than non-exercisers. In addition, observational studies strongly showed that exercise is associated with reduced death from breast and colon cancers specifically.[vi] Those who exercised were also less likely to die from other diseases such as heart attacks.

For patients who have gone through breast or colon cancer treatment, regular exercise has been found to reduce recurrence of the disease by up to 50 %. A study published in the Journal of Pain and Symptom Management; found that patients who exercised regularly before their diagnosis were more likely to keep up their routines afterwards. Being thinner helps beat breast cancer. Risks of your disease returning rises in step with weight.

Working out on a stationary bicycle or treadmill, while breathing concentrated oxygen is perfect for controlling and disciplining your efforts while receiving the levels of oxygen necessary to threaten cancer cells in your body.

Important Message to our Clients & Visitors:

The safety of our clients and our team here at Sunshine Coast Infusion Therapies is our first priority, if you are showing flu-like symptoms or have recently returned from overseas travel (or have been in contact with a returning overseas traveller), we ask that you avoid visiting our clinic until after a 14 day isolation period. If you are unsure, please contact us prior to booking an appointment.